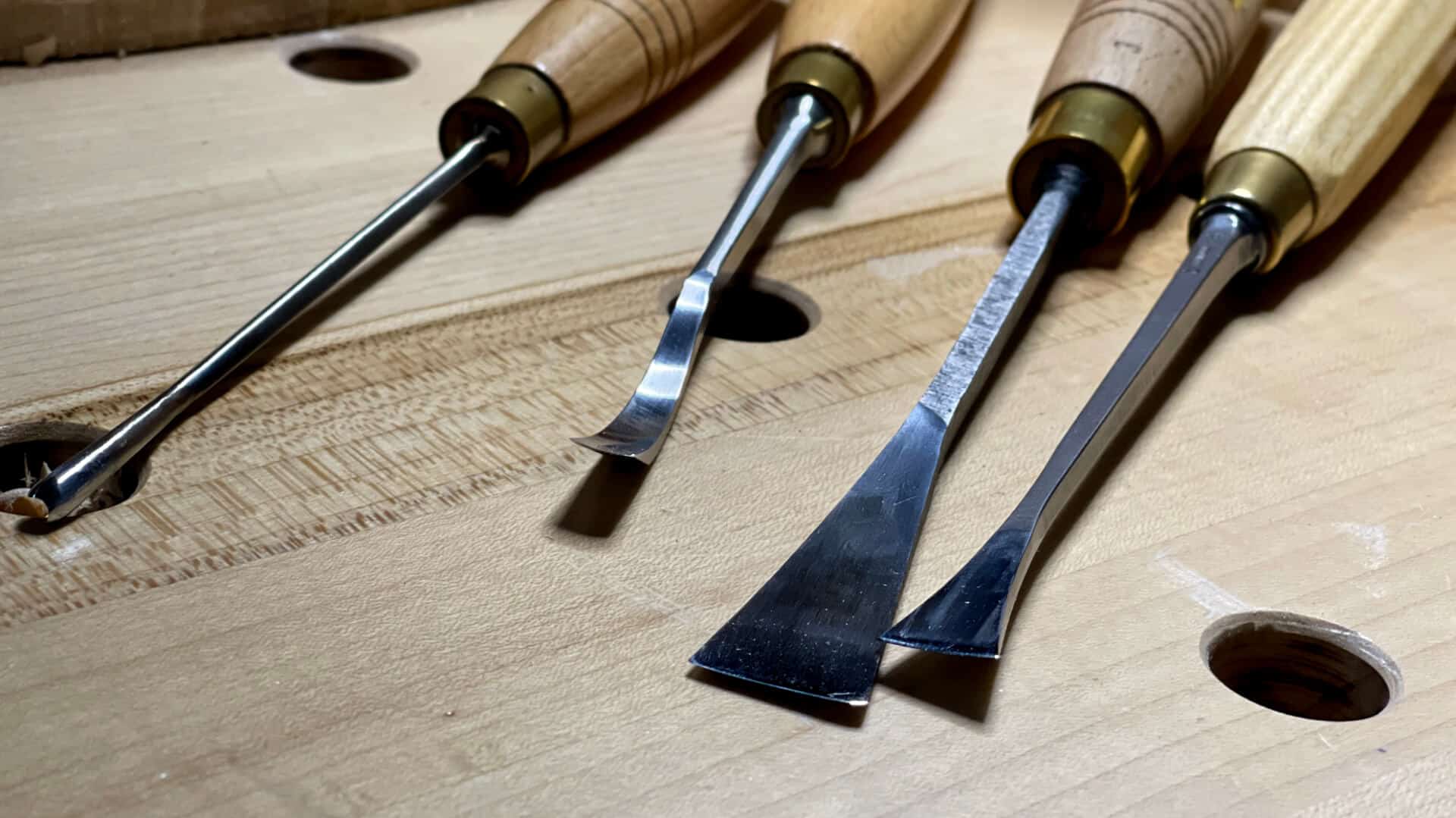 Wood Carving is self-expression in the 3-d world of art. It is the next level of art. Many people on this planet have a talent for arts. Just think about the surrounding people. Chances are you know someone who can express himself on a piece of paper with just a pencil in his hand.

Maybe it is even You. And Yes, It is absolutely possible to create a feel three dimensions on a flat piece of paper or canvas, but it is is still only 2-d. Some Artists want to treat God-given talent with more challenging skills and take it to the next level. Wood carving is the next level of art. It opens endless possibilities for artistic expression in the 3-D world. It is great that You want to start your journey in wood carving and even have some piece of wood you want to transform into some beautiful piece of art. You probably even opened your laptop and tried to search google for wood carving tools. Google will show you a lot of choices just on the first page. Bunch of paid ads with wood carving tools and some SEO optimized websites that sell wood carving tools. For me, it is not the answer. It is just a Search Engine Optimisation war for space on the first page of Google. It does not answer my question. What Is Best Wood Carving Tools for Beginners? All you need is a set of Good wood carving tools for beginners and you can get started learning the art of wood carving your family will be proud of You. I will try my best to give You my opining about the best wood carving tools for beginners and dicide which set of individual tool you need for the projects you’ve been dreaming of creating

What type of wood carving tools are necessary?

Every beginner woodcarver must start with a knife.

To be more specific, a chip carving knife. 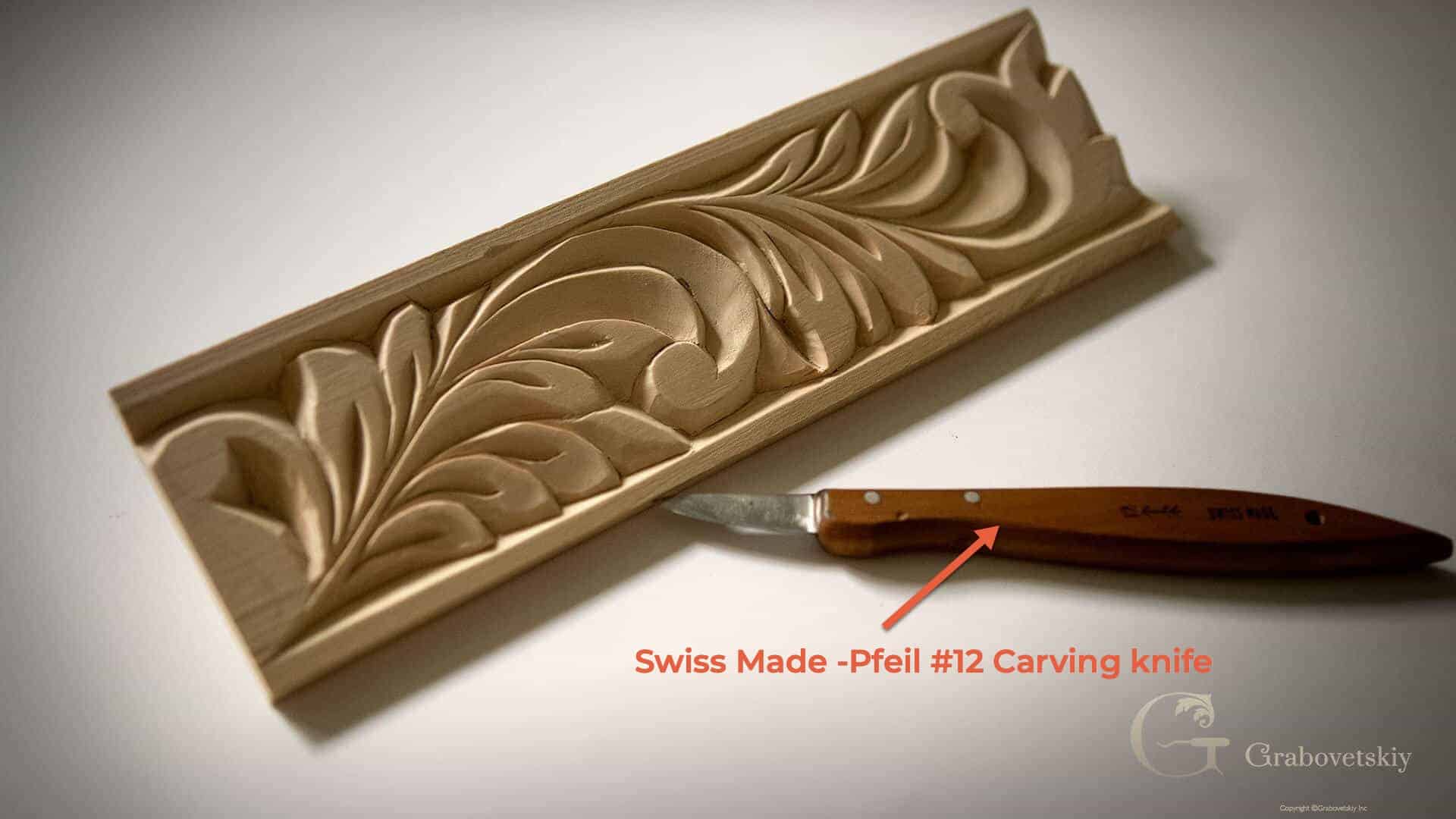 Why should you start with a carving knife?

First, the knife is so simple tool, but it gives the ability to do even very complicated woodcarving projects.

Let's dive into a History of wood carving.

Let me take you about 3600 years back to the time of the Exodus. One of my favorite people from those times was Bezalel. He was the main artisan of the Tabernacle and was in charge of constructing the Ark of the Covenant.

My favorite part is- HE WAS WOODCARVER. How many woodcarving tools did he have? Most likely not too many. But I don't know for sure about the number of his carving tools but I am 100% sure he had a carving knife. Just think about the holiest object of all was carved with a knife.

Let's look about 1000 year back from now. The golden age of Viking. Longboats were ornate with carved ornaments all over. Besides, in every raid Vikings did they had at least one of them skilled boat makers and almost every Viking boat maker was a woodcarver. It is impossible to imaging a boat without some Norse nut-work. Just ask yourself.

How many wood carving tools did Viking take onboard to a raid?

We know for sure they took an adze and chisel and most definitely a carving knife.

When we look at carved details of the Viking golden age and wood carving techniques they used, it is amazing what they could carve with just one knife. Study close the Norse ancient carved door. Can You say that is a simple wood carving? I think it is not simple at all. It is a very developed form of wood carving art. 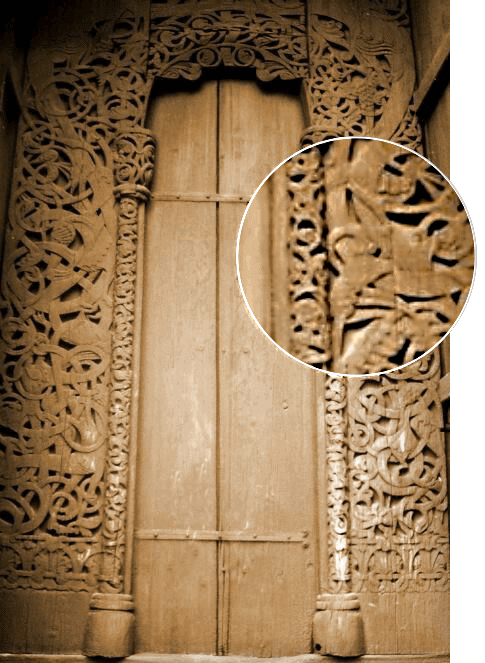 Woodcarvers in the past used carving knife and the oldest book on planet earth calling those artisans people of wisdom, knowledge, and understanding. You probably also should start with a knife first and get a little wiser. :).

I based one of the woodcarving courses in my woodcarving schools on only one knife techniques. I called this course - Beginner in wood carving. But look closely at the picture of this carving course. It does not look like a beginner, but I assure you You will be able to carve it with the only chip carving knife. In reality, if you want to just try woodcarving as a hobby, you can start only with one carving tool - ( Wood carving knife) Like I mentioned above  Swiss Made Pfeil #12 knife is fantastic. 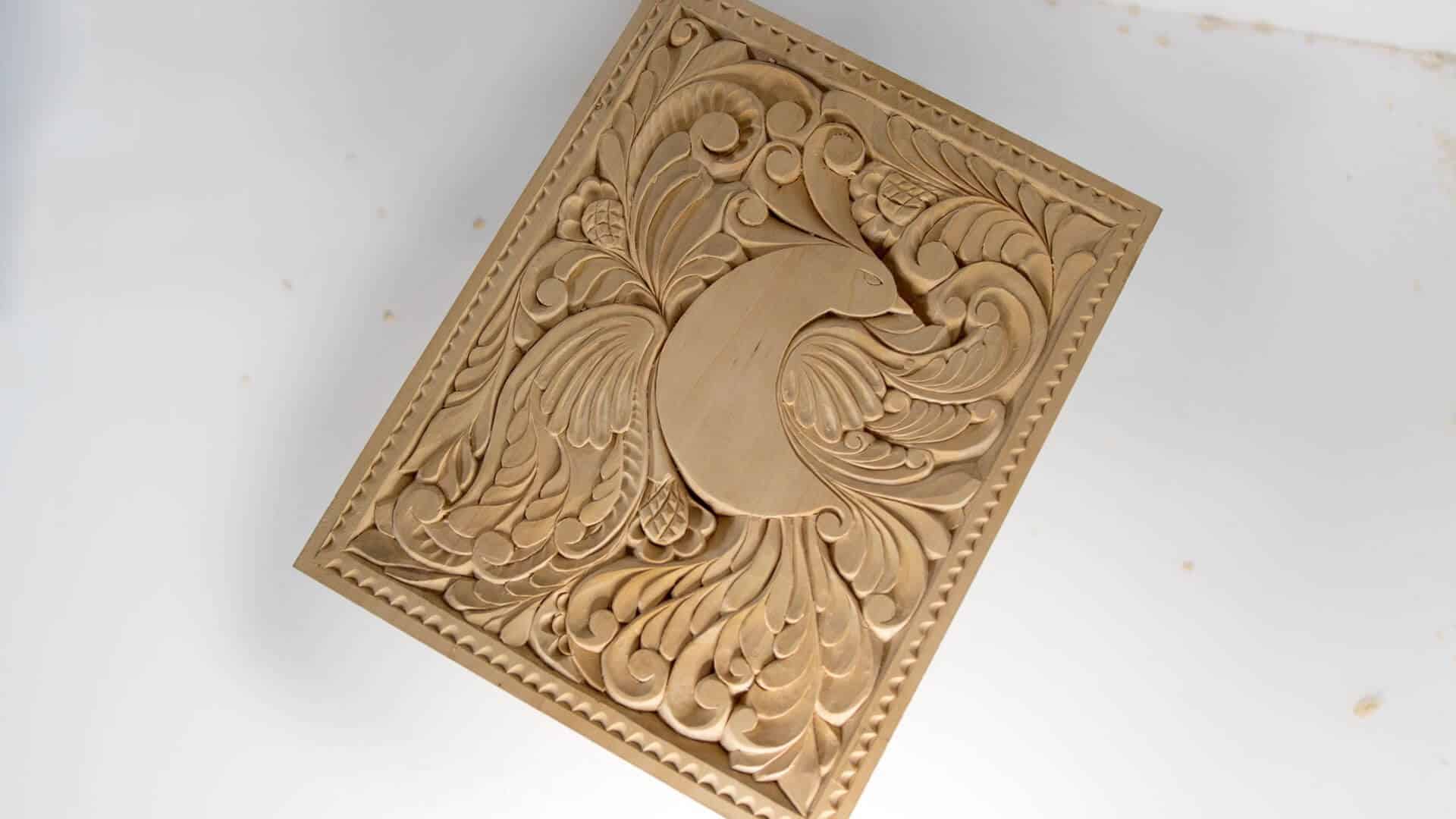 How many caring knives do I need?

Can I carve with a pocket knife?

Absolutely! You can carve with a pocket knife. But you are limited, your pocket knife is more like a whittling knife. You can only whittle with it. If you are serious about woodcarving art, buy a chip carving knife as your first carving tool.

I have a list of Good books for Woodcarvers to read on Amazon.com 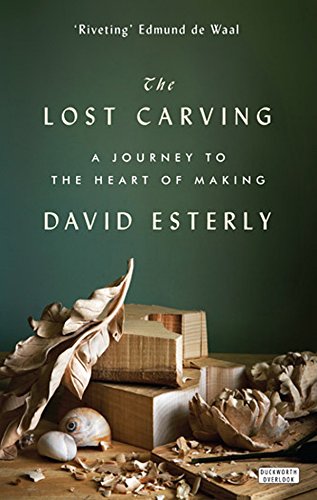 What is a wood carving gouge?

A gouge is basically a wood carving tool with the cutting edge of the blade shaped into an arc. When you need to create a concave cut, you need a wood gouge. Woodcarving itself is a combination of concave and convex cuts. You create those convex and concave cuts with woodcarving gouges. 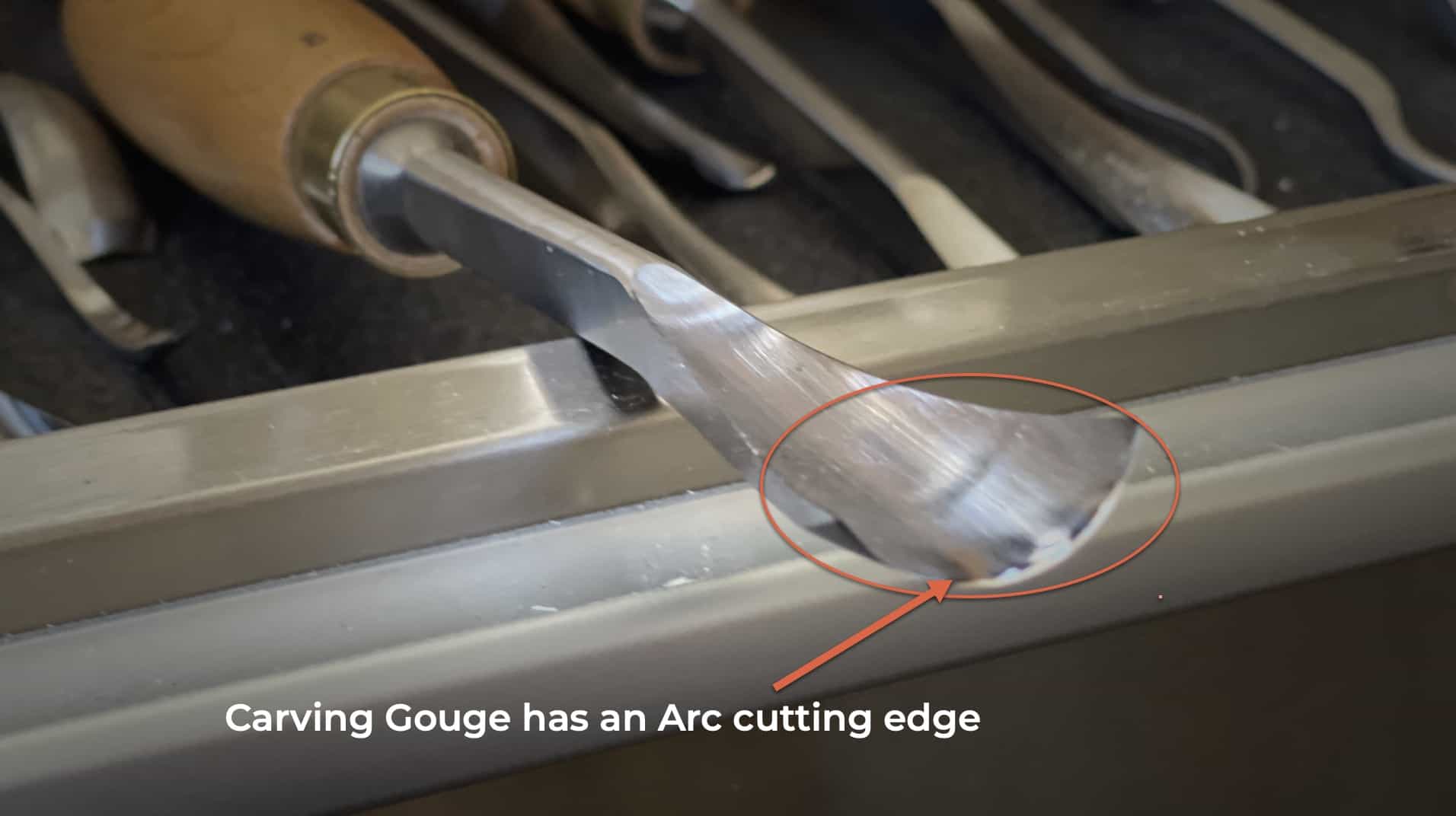 Almost every carving set on a market will include some gouges. Does not matter what brand you will buy. Flexcut tool set or Pfeil Swiss made of Schaaf. 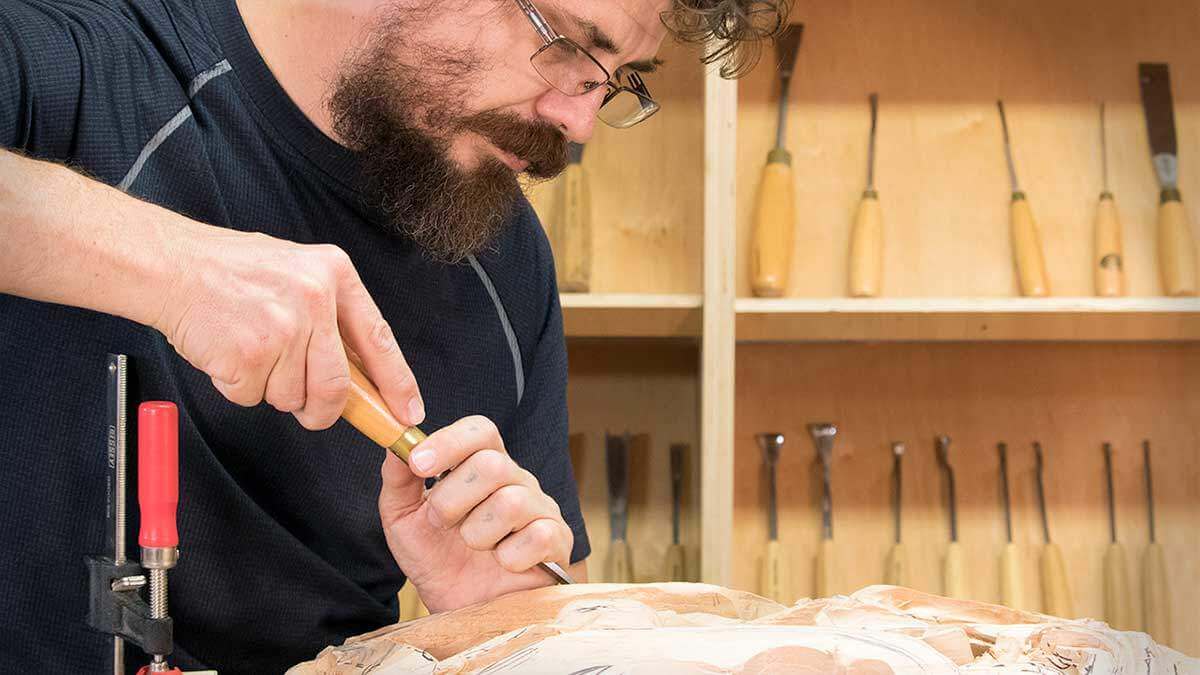 When I was an apprentice of a Master Woodcarver Vladimir Tokarev. He took a very slow approach to teaching the art of woodcarving. Like I said above, he gave me knife first and he asked to carve a relief carving on a rounded box. But first I had to design my pattern for this box.

He said: " Just think first what tool you have and how you will carve with that tool,"

It was a challenging task for me. I realized that I have to draw my design not only on a 3-D object, but I will have to think about my carving knife. After a few hours of drawing on a piece of paper for my pattern, I was successful.

Yes, it took me a LONG time. But it was worth it. After my teacher was happy with my result he said: " Now, you are ready for the second tool - GOUGE,"

What is a sweep of the gouge?

A sweep of the gouge is a curvature of the edge of the blade. There are different charts showing Sweep of tools. London pattern chart is one of the most common, also Pfeil has a different chart. In reality, almost all manufacturers of woodcarving tools are trying to stay inside of those charts, but some have now charts of sweeps. 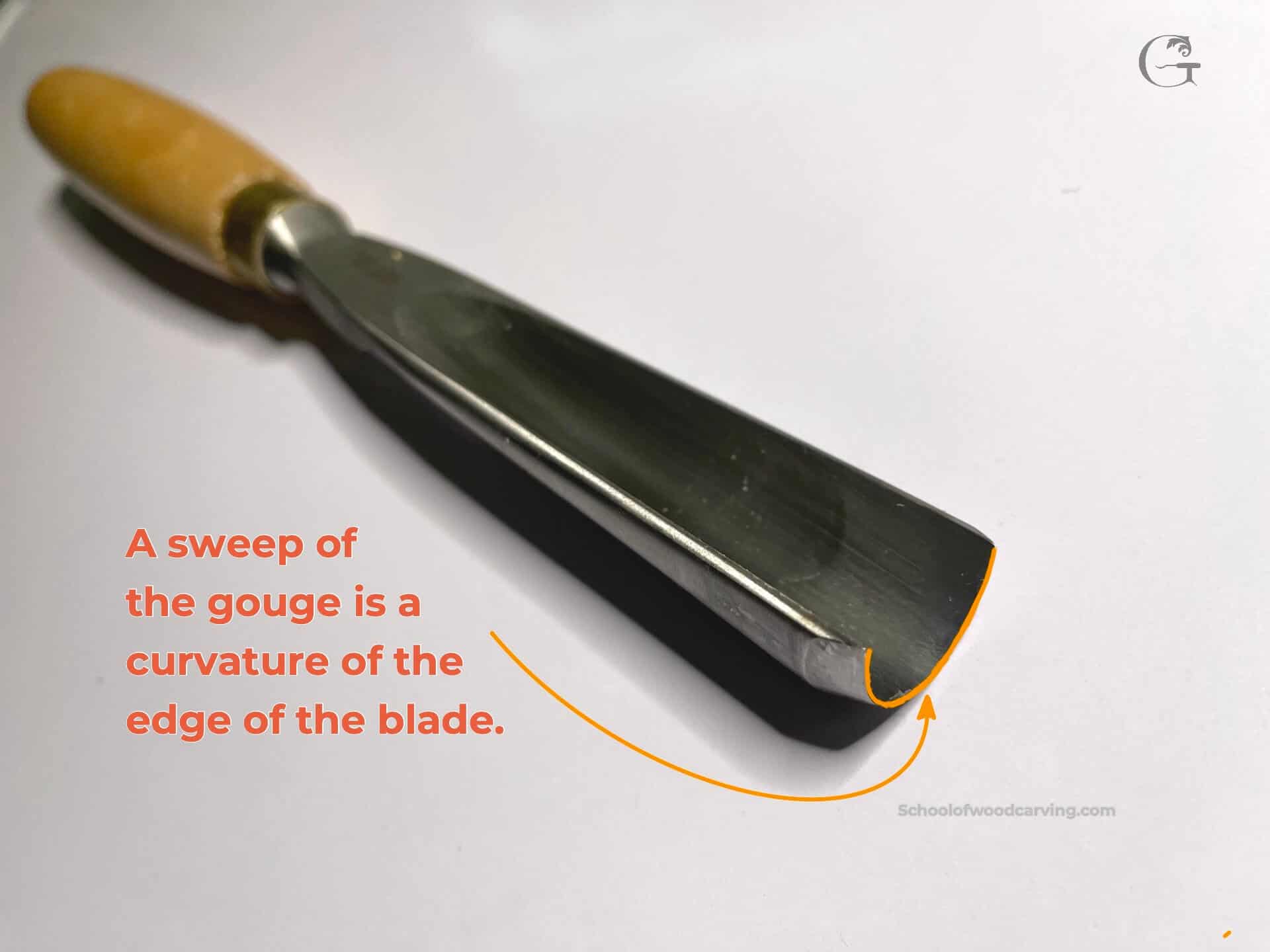 I have a video about mess Woodcarving tools manufacturers made with charts.

I will try to explain a little deeper about how to read and understand Sweeps in a different article.

You should also know about different types of gouges. New woodcarvers when they start in hobby facing new terms.

If you will go to a woodcarving tools store and ask a sales rep about gouges he will most likely answer you with a question: " What type of gouges are You looking for? Straight gouges or Spoon?"

Yes, there is a Gouge called Spoon gouge. It is not made for spoon carving. It just looks like a spoon when you look at it from the side. You can carve a spoon with it but it is a lot more than just a spoon carving tool.

Beside Straight gouges or Spoon gouges, there are more types you should know about.

What is Straight gouge?

Straight Gouge is just like it sounds - straight. But it is not the only difference. For example, a fishtail gouge also could be straight but professional woodcarver will not call it straight gouge, because it is fishtail. Look at the tool. Straight gouge will have the same width at the blade and also closer to the handle of a tool.

When You will buy a wood carving set, most likely you will find a straight gouge. 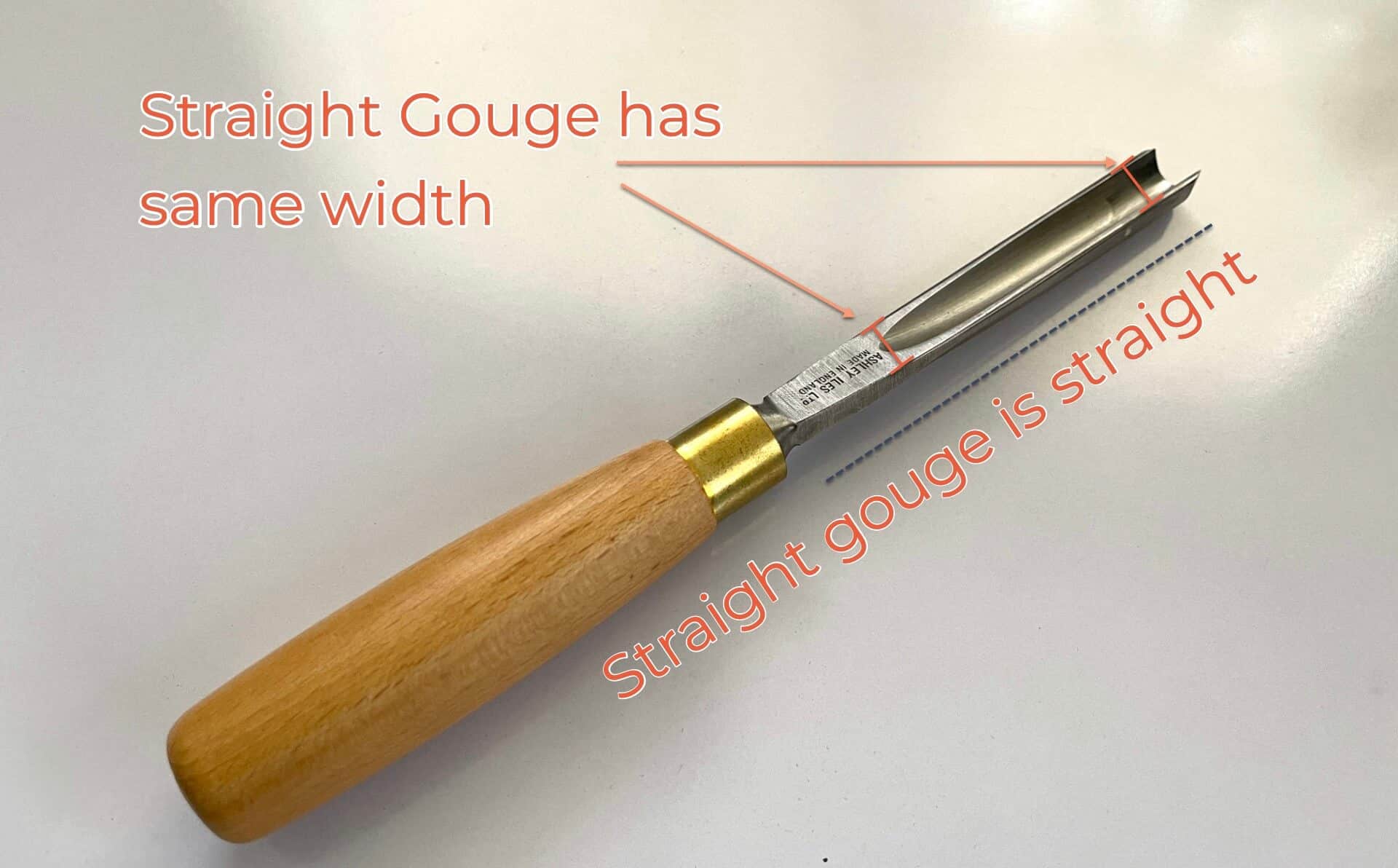 What is Spoon gouge? 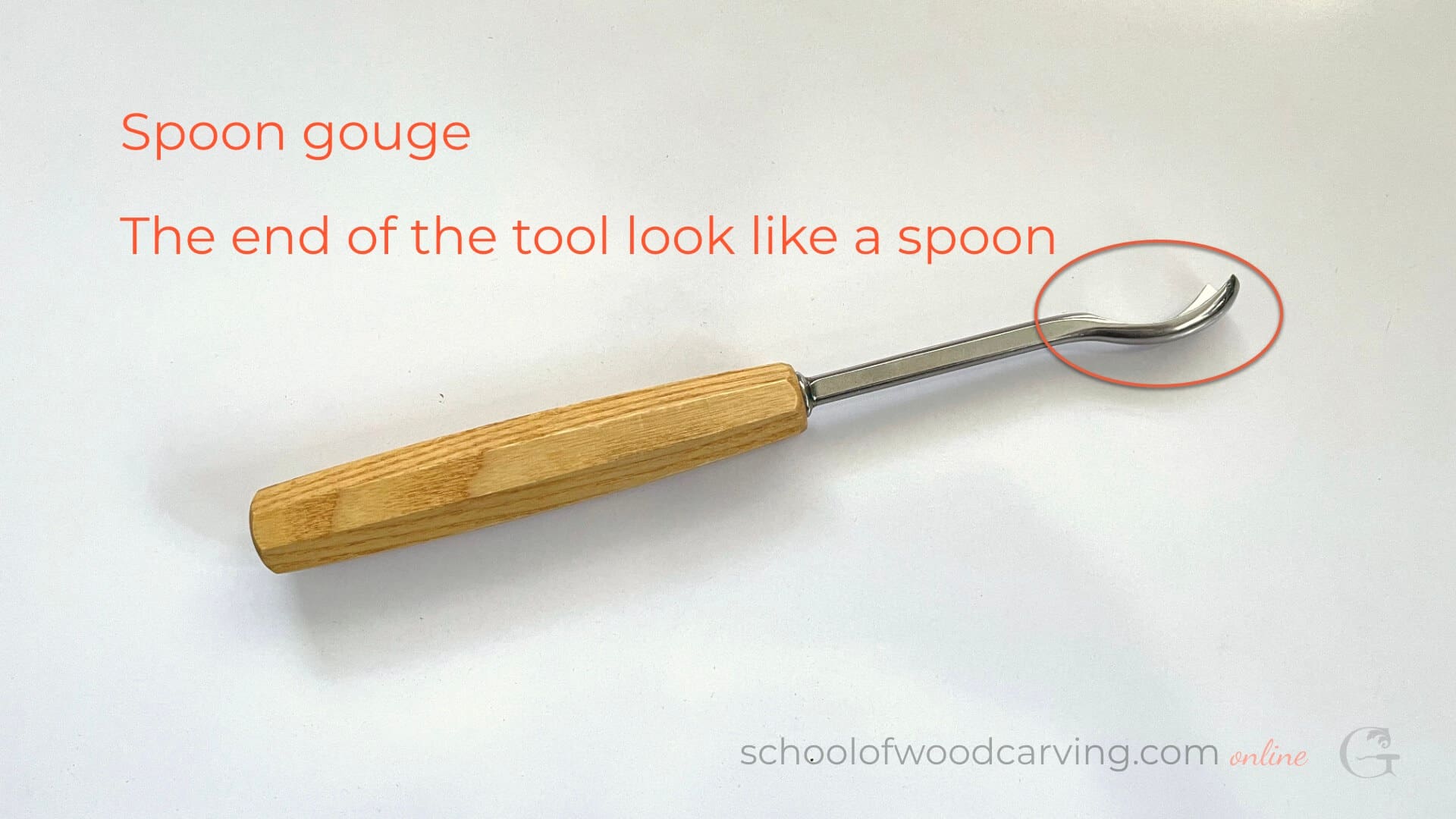 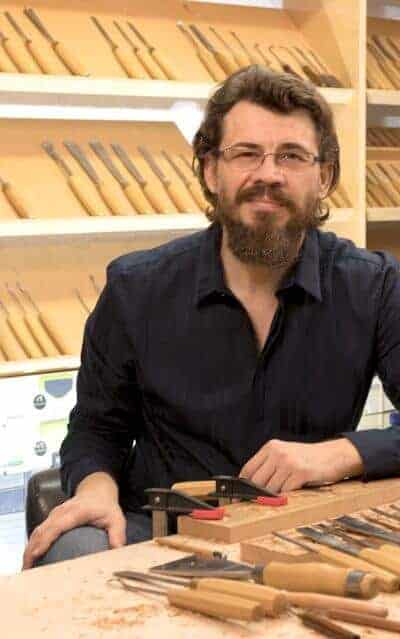 The instructions to reset your password are sent to the email address you provided. If you did not receive the email, please check your spam folder as well.