WHAT IS Alexander's Grabovetskiy SCHOOL of Wood Carving?

School of Woodcarving is an interactive video-based ongoing training program

My wood carving school was founded to share my passion for making pretty things out of harvested trees. I received my first wood carving lessons from my grandfather at the age of 6. What he shared sent me down a path that would see me receive rewards and accolades for my ability to make art out of wood.

Imagine yourself in the workshop with me. You hear the distinctive sounds of me carving away and swear that you can smell the rich, earthy wood as it peels into looping spirals. Now it’s time for a bit of expectation management. These lessons won’t take you to his workshop, but you can take them from just about anywhere. How does the embrace of your comfortable living room couch sound? A lot of students take their laptop into their own tool shed. Really, you can do whatever works for you. I like to call it,

a classic European apprenticeship from the comfort of the modern home. 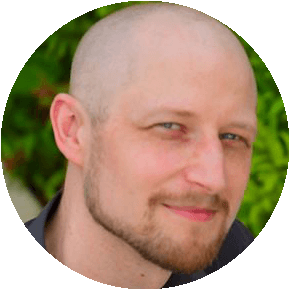 ...by far a best course I found for learning woodcarving.

Master Grabovetskiys School of Woodcarving is by far a best course I found for learning woodcarving. Being a full-time working dad of two beautiful toddlers my main challenge with progressing in my passion of woodcarving have always been (besides lack of time of course) finding an accessible and flexible way to learn and progress from a self taught hobby carver to a ”real” woodcarver in a way the fits me. I really don’t like learning things from just books or quick ”fast-forward” clips on Youtube, can’t really connect very well with that. So I think that’s why this course is really the prefect fit for me, getting the whole apprentice-master relation at my own convenience and pace.
Learning-by-doing is learning that sticks with you for ever.
And lastly I’d like to thank you on a more personal level for sharing your superpower skills of how to turn regular wood in to amazing art. 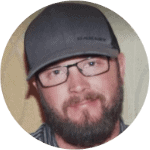 Alex, It has been my experience as a student enrolled in your Alexander Grabovetskiy Wood Carver/ Wood Carving School Online your approach in educating the student on how to use the carving tools, which tools to use (Why,How,When) and alternative tools to try is well worth the small enrollment fee. On top of masterful tool usage you also offer subject matter NOT FOUND anywhere else in any online carving classes….Last but not least there’s your personality..you set the student at ease making sure they receive your tutelage ..setting in stone the confidence to execute your techniques every budding artist needs to succeed. THANK YOU!

HOW DOES SCHOOL OF Woodcarving WORK?

All of the training is online, contained in the private School member-only site. Students can view the training videos, take notes, and submit assignments.

A new woodcarving lessons are released every week, to ensure constant growth and improvement of your technique. You can ask questions and engage with this brilliant mind or silently follow along whilst trying to mimic Alexander’s technique.

When your art fills the house, and all your friends can’t help but compliment you on your new found creative streak, it is time to learn the techniques that distinguish a master wood carver from a hobbyist. Alexander’s advanced woodcarving lessons and his opening up about how he approaches woodcarving, and his personal craft methodology. This is the stuff that takes a lifetime to learn on your own.

the Alexander Grabovetskiy on line workshop is essential for further development of the wood carving craft.

CAN I SEE MORE SCHOOL OF WOODCARVING REVIEWS?

You can read multiple School reviews that are easy to sift through. They reflect the diversity of the hundreds of students who have joined Grabovetskiy's School of Wood Carving from nearly every walk of life and country on earth. Want to read stories from real people just like you and see the results they've been able to create after joining the School?

I’ve got you covered.

WHO SHOULD TAKE ALEXANDER'S GRABOVETSKIY SCHOOL OF WOODCARVING? who never touched a carving tool before

I have people in School who never touched a tool before and after watching my lessons achieved a great work of art. Who carved before and want to learn new techniques

I have hobbyists who carved previously but want to polish skills and see other approaches to the wood carving craft. Who want to Master the art of wood carving

I have multiple professionals who carved for many years, and they still became a part of my school.

CAN YOU THINK OF A BETTER WAY TO LEARN  WOOD CARVING THAN 1 ON 1 LESSONS?

How about 1 on 1 lessons with a man recognized as the International Woodcarver of the year. Whatever your reasons, if you want to
Immortalize your creativity in an art-form that predates written history, or you just have a lot of free time and need a hobby, wood crafting is a classy way to get your hands dirty, and you won’t find a better teacher.

His mentoring of these century-old techniques is delivered through a curriculum of uploaded video woodcarving workshops. Pause, rewind and repeat the lessons as you strive toward the proficiency of Alexander himself one day at a time.

IT IS A VIRTUAL APPRENTICESHIP WOODCARVING SCHOOL.

The lessons themselves have a teach by doing approach. It is amazing just how much you can learn watching an artistic process from start to finish. Study a master as he works and listen as he explains and in no time at all, you will grasp at the thinking behind his skilled hands. There are courses for the absolute beginner, the hobbyist, and the professional woodworker.

Rather than charge per lesson or sell a set of videos, I want to build a community, so I can guide and mentor you towards woodworking excellence. Members have access to an ever-increasing repository of wood workshop videos.

Something holding you back from ticking wood carving of your bucket list? Click the link below and you will speak to an understanding compassionate person who will peer pressure you into learning how to carve wood. It will make you cool.

But if you have a genuine question, I answer them all the time, and I will be as much help as I can to you.

Born in the Soviet Union in the small town of Dimitrovgrad, Ulyanovsk Region in 1973, Alexander opened his eyes in a family with an inherent love for the arts. His great grandfather, an expert at Custom Wood Carving had his own furniture business. Alexander received his initial education in Ornamental Wood Carving from his grandfather when he was 6 years old. By this time, the family had been relocated to the town of Dimitrovgrad in Russia.
When Alexander was 16, he managed to impress Vladimir Tokarev, a professional carver famous for his skills with creating Hand Carved Furniture and other wooden goods. Vladimir took the teenager under his apprenticeship, teaching him the techniques that would help the kid create unique, award-winning Custom Wood Carving masterpieces.

Life seemed to be heading in the right direction for Alexander when he suffered the biggest setback of his life. He was arrested by the Soviet Government, and sent to prison for his adherence to Faith and refusal to enter the Red Army.

He was released from prison at the age of 21. By that time, Alexander had already started a successful architectural and ornamental wood carving business from prison.
In 1996, Alexander, his wife Nadia, and their 10-month old son Mark immigrated as a political refugee to the USA. The rest, as they say, is history. "Carver whose work is so admirably skillful, crisp, and fluent." I have just recently received the copy of WOODCARVING in which your carvings appear. Congratulations on your woodcarver of the year award.  Mighty fine work.

Alexander Grabovetskiy has earned the standing for being one of the most quality-oriented Master Wood Carvers in the world. Alexander Grabovetskiy created an ornamental wood carving, simply titled ‘The Wall Decoration’. The masterpiece won him the title of International Woodcarver of the Year, awarded by Wood Worker’s Institute.
His other notable works include beautiful architectural wood carvings depicting animals and other natural phenomenon in all their glory. Hats off to Alexander Grabovetskiy who carved this exceptional piece. What an elegant carving - it sings to me! your work is stunning

help you with Mastering Wood Carving Skills. Learn Old world wood carving skills and techniques through online video lessons. You are going to learn the ways of how Master Wood Carvers work, develop 3D thinking for Wood Carving, and perfect your tool sharpening and maintenance. If You don't like my Woodcarving School, You can cancel it at any time. You have nothing to lose, talk to me, and I will cancel Your subscription to the School of Woodcarving.

It is the best online woodworking school I have seen, and I have seen a lot of them over the years.

It is the best online woodworking school I have seen, and I have seen a lot of them over the years. There are no gimmicks, just European craft tradition solidly rooted in a lifetime of training and experience, taught by a true master woodcarver (if you know me you know I do not use that word lightly, and I believe that is what sets this school apart from many of the other schools out there).

I would like personally invite You to join my School of Wood Carving. It is not even a School in the usual sense. It is a Virtual apprenticeship. You will spend time watching me working on real projects in real speed. It is like being with me in my Carving studio and watch over the shoulder.

How often you offer new videos?

I am uploading multiple Video Workshops every week.

How many videos would be included?

All workshop videos are available. Currently I have around 1500 videos and library is growing weekly.

Will I be able watch the tutorials more than once?

You can watch as many times and whenever you wish. You can watch on Computer, Tablet, Smart Phone. All workshop videos optimized for all devices.

Do you have recommended tool set?

It is not an easy question. I love good quality tools, but quality tools come with a quality price tag. If would start with one of those sets, they almost the same as far as tools included just a different quality.

Really high quality would be Pfeil Swiss made set- You can buy it on Amazon. Here is a link

by the way for Member of My school I have a special discount for Schaaf Products. 15% off any sets.

Also I have  Influencers Store on Amazon and I have some tools and books I suggest to buy.

What is the recommended web browser for viewing workshops on a computer?

Google Chrome is recommended but all browsers except for Mozilla Firefox should support video playback. Firefox does not fully support good quality video playback and may result in stuttering. On mobile, any browser should have supported playback.

Are courses self-paced? Could I can go at my own speed.

You are absolutely correct!
All courses self-paced. Even if you have a busy schedule and travel You still can go at Your own speed. All Courses are available 24/7 and You can access them on Computer or Tablet, Smart Phone from anywhere.